Why we need scientists in politics if we want to become a space faring species. 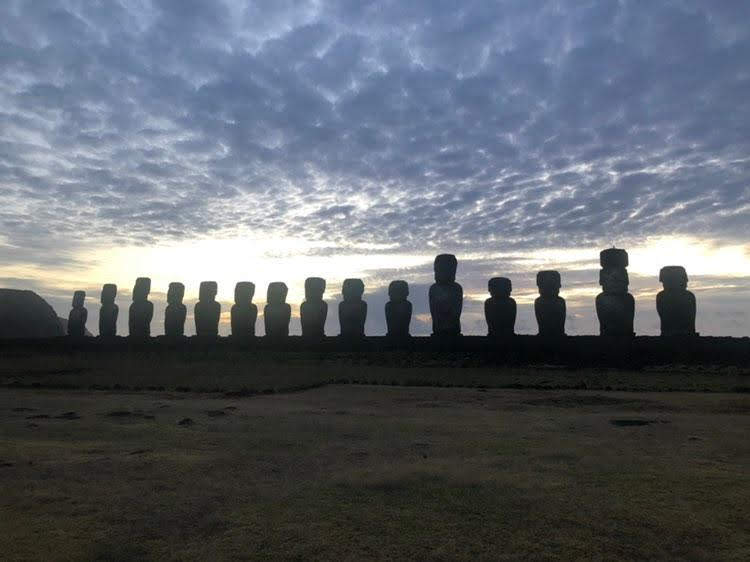 Humans are known for one thing on planet Earth if the rest of the creatures could talk. We are the ultimate plague species. Consider one great example. The Polynesian Triangle! As the Polynesians expanded they would take over islands, exhaust their resources and sail on to the next island.

Our film on Easter Island is being made right now (we filmed it on location in 2019) One point it makes is that ‘success’ can lead to disaster, and then a lesser success. Easter lsland was very successful, but eventually that success led to its decline and eventually its enslavement.

The planet we live on currently seems to be a human success. Poverty is generally down across the world, though this is highly debatable. Living standards are generally up. We have more access to technology than ever before. Even young men in impoverished parts of Africa have a mobile (cell) phone. Technology seems to be turning the tide against poverty. Yet there’s a nagging doubt that something is not quite right. Climate change, plastic pollution, micro-plastic pollution, destruction of habitats and air pollution are everywhere. They are not being solved. British ministers promise to stop plastic pollution being sent to developing nations, but nothing is done.

We need a solution to two things right now. One is energy from fossil fuels. Oil is after all the source of much urban air pollution and all plastic pollution. The other is resources. There’s also a need to address two threats to all life on Earth: super-volcanoes and of course comets and asteroids from space that are potential life killers.

We can do very little about super-volcanoes, other than develop underground farming systems, possibly involving mushrooms, but also utilising energy from geothermal to provide underground farming. This would allow humans to shelter for hundreds of years to survive volcanic eruptions. This will cost us money that no politician will provide, because politicians are poor decision makers who think in 5 year election cycles. Democracy and globalism are not good systems for long-term survival, even if my professors in university seemed to believe they were!

Space solar power could be, as suggested in my previous blog a perfect method for solar sail powered ships to glide around the solar system collecting minerals etc that we can use on earth. This kind of world would be a world of plenty, because the solar system has plenty of materials we can harvest. It’s virtually inexhaustible.

Using space solar as the means to deflect earth bound asteroids and comets is a viable solution for most situations. However, it is currently not being prioritised by governments who don’t really understand the issue. It’s not a matter of ‘if’ but ‘when’. The methods we use will not just rely on one kind of defence system. I suggest we start work on this problem immediately. There is no time to waste.

We need better leadership. However, what we observe daily instead is Elon Musk, Jeff Besoz, the Russians, Chinese and Virgin, all involved in space tourism! Today everyone is happy about he splashdown of the Dragon X capsule returning from the ISS. This is the story of humanity. Let’s focus on the wrong problems and deal with them. Let’s focus on BREXIT and Making American Great Again, but not worry about pandemics. Then COVID-19 turns up and the economy crashes. Why? Because our political leaders are not scientists. Instead we have rich men forcing themselves by the fact they have wealth and media status, into power. Be it Biden (whose son is involved in oil in Ukraine) or Trump (who thinks that there were British airports in 1775, and people are ‘dying who have never died before’). In the UK we have a Prime Minister who believed that paint could solve climate change and that building a garden bridge across the river Thames was a viable project, which he spent millions on! These kinds of imbeciles should never be given anything but a toilet brush and an pot to clean; but instead, due to wealth, the ability to inflame the rabble, clever spin, and ignorance amongst even the intelligent (I know someone who thinks Johnson is great, and is himself an Engineer!) they take over.

I think it is time that if we want a Living Universe, scientists need to start to become politicians. It may seem ridiculous, but if it does not happen soon, we will have a problem. Look at how well Germany is run! Yes, perhaps she makes mistakes, but at least hers are forgivable and often very humanistic (helping refugees for example).

If we want to solve our problems we need to do two things fast: quickly develop space technology that defends our planet and finds new resources; and secondly create a more sustainable civilisation on Earth, where people live simpler more harmonious lives, with nature. Where they work for the good of each other and not the greed of themselves. If we do that, we will have a better world.

One stumbling block will be the financial system. That’s a subject for another blog. A blog that will challenge you and what you think about your own contribution to the problems our planet faces.

We need a scientific meritocratic democracy, and we need it quickly.