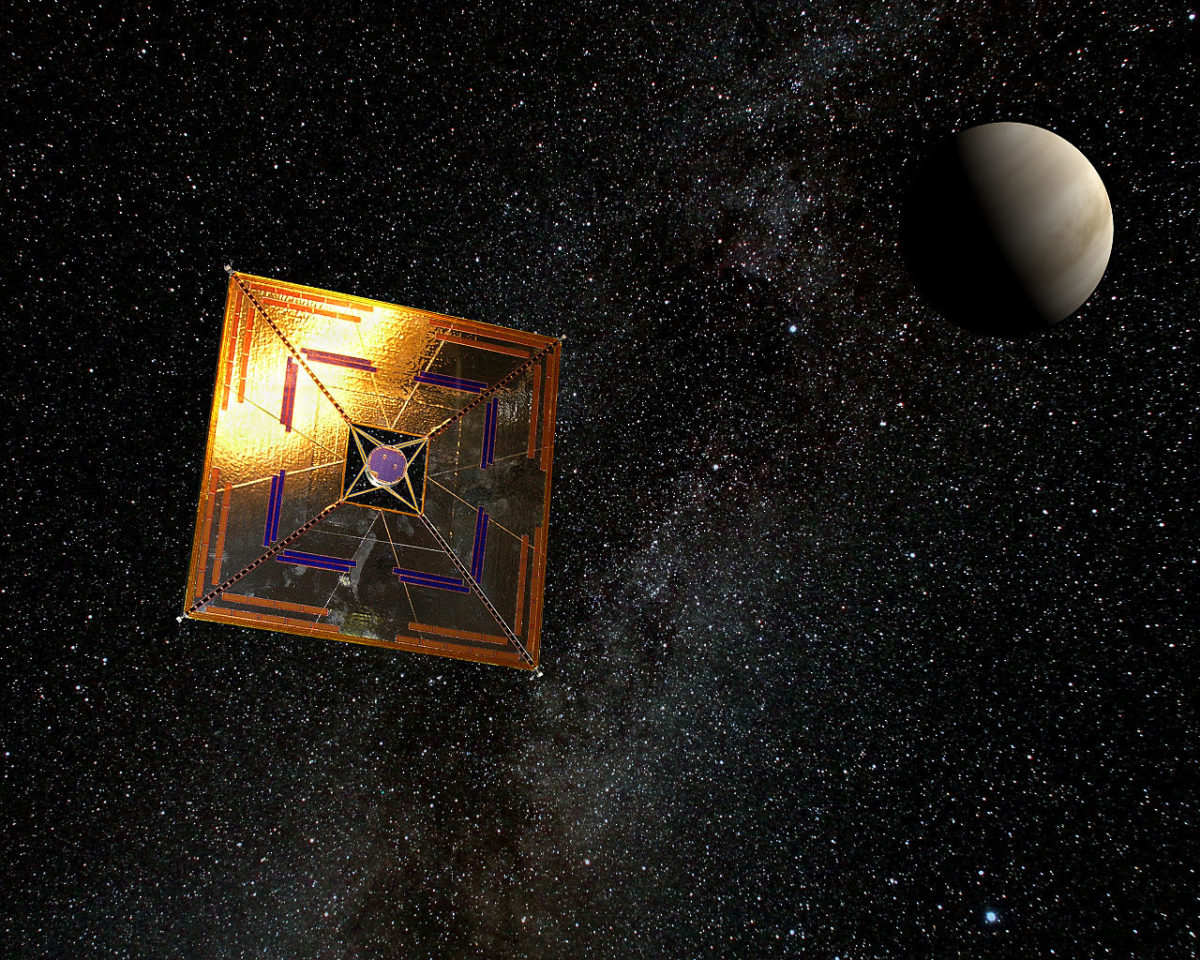 Could we one day use the Space Solar Power to travel around the Solar System?

When Valery Danko in 2019 went to interview Professor Naoki Shinohara, during the intial contact phase, he mentioned an experiment using Microwave beam technology to fly a small drone. In other words, no energy is carried on the drone, it all comes from the microwave beam at a distance!

This example is not clearly the same as Solar sail, but the principle is the same. The drone saves vital weight carrying fuel or batteries. The energy is supplied by the sun, using another electromagnetic beam of radiation!

The idea of beam propulsion goes back a long way. There are many ways that in future mankind could harness the energy of the sun, convert it into lasers or microwave and use it to propel spaceships around the solar system. Once in space, the effects of gravity are so tiny that relatively small amounts of energy can push large masses around at high speeds!

We will focus on one particular version of this technology, the one we think will probably involve Space based Solar Power: solar sails or light sails.

The word ‘sail’ reminds us our ancient past. The Polynesians travelled down the Pacific, arriving at some of the remotest places on Earth, such as Rapa Nui (Easter Island) using probably sailing boats. Although they also used canoes, it is likely they harnessed sail because it was just more efficient.

When we think of sails we conjure pirates such as Francis Drake or Blackbeard the pirate, who now inhabit a romantic era, captured by Robert Louis Stevenson in Treasure Island.

As a side note, when I first thought up making a film about Space based Solar Power, I did so sitting in the famous Admiral Benbow Inn, in Penzance. It’s a place of pirates, seafarers and the legends of the great ages of sail.

We have all surely heard of Christopher Columbus, the Mayflower and Captain Cook, all of whom discovered for the Europeans new parts of the world, with often devastating consequences for the natives, but with long-term impacts for our move into outer-space, capped in 1969 when the American’s landed on the Moon.

Will we one day travel around the universe using solar sails? Will one day intergalatic pirates roam space?

Solar sails are made of ultra-thin highly reflective material that allows light to transfer its momentum to the spacecraft. It is no different to a cue ball transfering momentum to another ball during a game of pool, snooker or billiards.

There are various kinds of solar sail, including Square sails, heliogyros and spinning disks. They all work basically the same with some minor variations. On their own they could be propelled by the sun, but there’s a better way. Beam a laser at them.

Johannes Kepler the famous astronomer suggested in the 1600s that light from the sun made a comets tail point away from the Sun, suggesting that sunlight exerted pressure on it. Once light and the electro-magnetic spectrum was better understood due to the work of Faraday, Maxwell and Einstein, light suddenly became an interesting topic for speculation of future ways to provide energy to spaceships.

In 1924 the Soviet rocket pioneers Konstantin Tsiolkovsky (a Russian) and Friedrick Tsander (who was a German from Riga) speculated about using thin sheet mirrors and harnessing the pressure of sunlight to attain cosmic velocities. Arthur C Clarke in the 1960s popularised the idea in his story about a solar sail racing tournament known as Sunjammer.

NASA has been investing in solar sail technology since the 1990s. In 2010 it launched a small, sail-propelled satellite into Earth orbit, which burned up after 240 days. However it was the Japanese that took the solar sail to a whole new level.

In 2010, a Japanese test craft hitched a ride on the Venus probe Akatsuki. It was called the Interplanetary Kit-craft Accelerated by Radiation Of the Sun, or IKAROS (named thus to match up with the legend of Icarus). It was released into spaceby the probe at a distance of 4.3 million miles in June 2010 from Earth. Once in space the 307 kg (677 pound) craft separated from the rocket and spun itself to unfurl a 14 metre wide solar sail. JAXA (the Japanese Space Agency) reported that they received confirmation of momentum being developed by merely light from the sun.

Just 6 months later in December 2010, IKARUS flew by Venus. For most people on Earth, the economic disaster of 2008/9 was of such importance that they probably didn’t even notice it! Yet it could have been singularly the most important moment in the history of spaceflight of the future!

In the 1980s Robert L Forward suggested that interstellar flight for a solar sail based craft could be powered by a laser in the vicinity of the Earth. A giant Fresnel lens, 1000 km across would be required to focus the laser light.

The laser could be powered by a Space Based Solar Power system in orbit around planets like Earth or on the Moon to begin with. In future a whole set of SBSP systems could be sent to orbit the Sun, in a pre-Dyson sphere type network of SBSP propulsion systems.

By using the a slingshot method, such as gravity from the sun, such a craft could get to the nearest star in about 1000 years. The interstellar sail would be quite large at 100 km across.

However for interplanetary flight it may be possible to use smaller sails, and smaller transmitters, in orbit around planets or moons, or the sun. In this case future AI robots might be sent to distant worlds at a fraction of the cost of current methods. These robots could build colonies, bring new technologies to mine asteroids or just investigate the wonders of the solar system.

What would this mean for travelling around our inner planets?

Here is a chart showing sail sizes, cargo with rendevous and aerobrake figures. A close solar passage increases the spacecrafts energy by utilising more solar energy and the warp of spacetime by the mass of the sun. The optimal approach would be to increase orbital eccentricity, while keeping the energy levels as high as is possible.

Using the moon, as a sling-shot, would reduce trip times. This would be useful for heavily laden solar sail craft. Much like the Mariners of old used seasons and prevailing winds to help them get to the West Indies and returned to Europe when the winds changed, solar sails will use the moons, suns and planets gravity-wells to help with departure or arrival relative to Earth.

We’ve probably all hear of Cubesat and Lightsail 1 and 2 for example show the potential. However, this is just the beginning!

In 2018 a paper was written by the eminent Louis K Scheffer PhD. He outlined what we have discussed regarding how a spacecraft that does not have to carry its own energy is clearly at a huge advantage.

The two main technical issues though are:

The problem is that up to now most solar sails are made of aluminium, which has a low melting point. Carbon and aluminium sails require distributed payloads and complex rigging. Instead, Scheffer proposed a graphene sail.

Graphene was rediscovered in 2004 by two scientists working at Manchester University, in the United Kingdom. For this work they received the Nobel Prize in 2010, the same year JAXA’s solar sail was gliding its way to Venus!

The transmitter as noted already would have to be a Fresnel lens operating at optical wavelengths, allowing smaller apertures of less mass, easier pointing and fewer restrictions.

The example provided imagines a single layer graphene latery working at a temperature of 4000 K (Kelvin). Operating with about 668 kW per square metre this would take 7 kg/sq. m at 2890 metres per second squared. That is about 300 g.

Graphene sails would be extremely strong, over 10,000 times the tensile strength of aluminium grid. This means that larger sails are possible, making interstellar travel much more possible.

Combining Space based Solar Power with graphene based solar sails means that one day AI robots may be able to travel not just in the solar system, but also to distant stars. This is the future we can have, if we decide to invest in space based solar power. It is a future where there will be no shortage of rare Earth elements from Earth, because we’ll be able to get them from space.

What we need to do though is to learn that exponential growth of population is unsustainable on planet Earth. This is our major concern. SBSP can help to cut our carbon emissions, perhaps lower our need for eating meat (because meat is produced industrially using cheap oil, and without cheap oil it will become less feasible to utilise) and shift us to perhaps eating less fish (thus helping to preserve our oceans) as trawlers are powered by bunker fuel oil like all shipping. Instead we’ll start to think more locally, because although energy we obtain will be beamed from space, 24 hours, it won’t be as versatile as oil based fuels, unless we use it to turn biomass into hydrogen based fuels, which would be extremely foolish given its very low Net Energy.

If we can develop SBSP and combine it with living more sustainably, living with nature, helping animals to thrive, rather than slaughtering them needlessly for food we can obtain from much more healthy sources, we can solve most of our problems.

Class for Physics of the Royal Swedish Academy of Sciences. Scientific background on the nobel prize in physics 2010. Technical report, Nobel Prize Committee, 2010